Why seeing a psychologist is not just for the mentally ill

Almost half of us will experience some kind of mental struggle in our lives. Less than half of those will ever seek help, but it's not just when we're sick that we can use support. 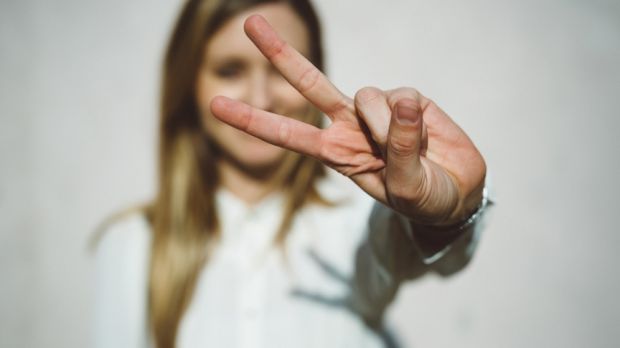 This is the message of a new campaign by the Australian Psychological Society (APS), Believe in Change, launching on March 1 in Sydney.

Whether we seek to improve our relationships, our performance at work or in sport, whether we're looking to be a better parent or are hamstrung by depression or anxiety, all growth requires change and support can smooth the edges of those transitions and provide insight and wisdom.

"We know that change is possible," says APS president, Anthony Cichello, "and each time we incorporate the skills we learn from embarking on a process of change, our lives are enriched."

Hocking has been seeing psychologists since she was a 15-year-old, wide-eyed teen entering the Australian Institute of Sport on a scholarship.

Intimidated by the famous faces and high-achievers around her, she was encouraged to see a sports psychologist and says it initially helped her to gain confidence in her own abilities and "see that I had my own path to go down".

It also gave her a performance edge, equipping her with the skills to deal with nerves, how to get through training and races mentally, as well as dealing with peer pressure and pressures from being in the public eye.

Having the support of a psychologist helped her during tough times, like the 2012 Olympics. She had trained forit for 1406 days and entered ranked second, but failed to make the finals after a bout of tonsilitis. But, the support has also helped her, when life has been going swimmingly.

"Now, as I've grown up, especially over the last three or four years, 80 per cent of what I talk to my sport's psych about is personal," says the 26-year-old from country Victoria.

"I've realised that I've got some pretty good skills to handle the pressure and nerves, but as I've got older I've realised more that it's my personal life that influences my swimming life."

While Hocking, who will speak at the launch of the campaign, says she would never have considered seeing a psychologist if she hadn't been encouraged to by the AIS, she is now passionate about the difference they can make to all of us both personally and professionally, regardless of our situation.

"I think we need to move into this phase that it doesn't mean that you're crazy or that you're mentally inept, if you feel like you just need to talk to someone," Hocking says.

"I think there are so many people out there who would really benefit from talking with someone other than their close family members about things. But, there's so much fear about it, which I think is really sad... I hope we can start talking about it a bit more freely and for people to realise that sports people use them, mothers use them, people in the public eye use them."

Mia Freedman, co-founder and publisher of the Mamamia Women's Network, will also be speaking at the campaign launch about how psychological support has helped her, while Cichello says that there are as many different types of psychologists as there are people who see them.

"I see successful business people, who might be well-known in the community, who have good families and successful jobs who don't feel like they're happy but are not sure why," he explains.

"I see people who keep finding themselves in unsuccessful, abusive relationships even though they're very successful and they can't figure out why it's happening... People who have lost someone and are struggling...

"We all find ourselves, at times, being challenged with circumstances that we haven't had to deal with before... and when we grow through them we do end up being stronger."

Hocking, who is in the process of retiring from swimming as she finishes a degree in education and embarks on a new phase of her life, agrees.

"I hope people can just be comfortable to speak up when they need help and everybody needs help at some points in their life," she says, "no matter who they are."