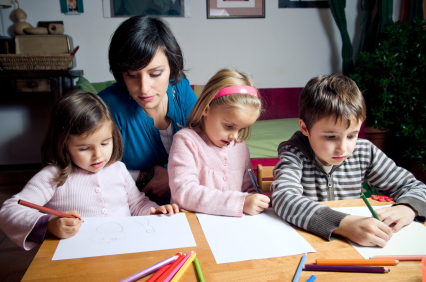 Several  years ago we all heard about ‘Helicopter’ parents.  They are the parents, if you’re not sure, who ‘hover’ over, around their child, one step away ‘helping’ them or more accurately ‘interferring’ in their play, friends, explorations and school.  Then we heard that Helicopter Parents had entered the world of university with their children.  Now we are talking, sleeping in their dorms with them for the first week of college, boasting of their sons qualities to the admissions officers, negotiating their room mates with the college administrators, attending all the information sessions meant for the student, phoning lecturers and enquiring the why’s and how comes’ of their sons marks.  It became such a major problem that some universities had to actually allocate resources to special ‘parent handling departments’.

And now…. This year they have entered the workplace.  The implications are far reaching.  They – the parents are actually doing the legwork for jobs, handing in their son’s resume sometimes against their knowledge.  As one employer nicely said when handed a resume by the parent  "While we appreciate what you're trying to do, actually your son would be much better off by showing the initiative, and focusing and committing to their career search themselves."

Then you have - turning up for the job interview with their child.  Yes, the INTERVIEW.  Not just taking them there but expecting to attend the interview with their daughter.  Businesses now are implementing policies that exclude parents from attending interviews.  And if offered the job, parents then start listing their childs skills, talents and specialness to negotiate the salary with the employer.

Where to from here I wonder…. Where does it stop…. I don’t think it is going to, they will be soon negotiating their girlfriends, their engagement, they may even propose for them.  Traditionally going to university was really the cutting of the apron strings, however that doesn’t seem to be happening.  Unfortunately, more harm is being done from these over zealous parents then good.

Parents who ‘hover’ think they are doing an even better job of parenting however they are making their children dependent on them, not independent.  New research,  by Neil Montgomery, a psychologist shows that these children are dependent on their parents, vulnerable, they are self-conscious, anxious, impulsive and not open to new ideas.  He asks the question - is that going to make a successful college student?

Montgomery has also stated that Helicopter parents have actually caused an expansion of childhood or adolescence with this style of parenting instead of allowing their children to separate and enter adulthood.  Perhaps it’s time to take stock of your parenting style.