Toronto:  Parents, take note! Singing can calm your babies longer than talking to them, suggests a new study that found infants become distressed twice as fast when listening to speech compared to song. 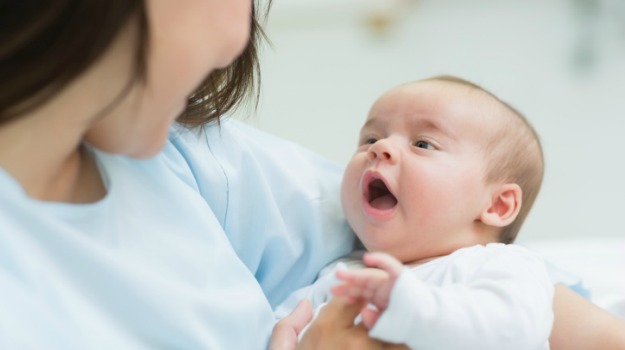 "Emotional self-control is obviously not developed in infants, and we believe singing helps babies and children develop this capacity," said Professor Isabelle Peretz, of the university's Centre for Research on Brain, Music and Language.

Humans are in fact naturally enraptured by music. In adults and older children, this "entrainment" is displayed by behaviours such as foot-tapping, head-nodding, or drumming.

"Infants do not synchronise their external behaviour with the music, either because they lack the requisite physical or mental ability," Peretz said.

"Our finding shows that the babies did get carried away by the music, which suggests they do have the mental capacity to be 'entrained'," he said.

The researchers took a variety of measures to ensure the children's reaction to the music was not influenced by other factors, such as sensitivity to their mother's voice.

Both the speech ("baby talk" and adult-directed) and the music presented to infants were produced in Turkish, so that the song and language were unfamiliar.

"Infants were also exposed to recordings, rather than a live performance, to ensure comparable performances for all children and no social interactions between performer and child," said first author Marieve Corbeil, also of the University of Montreal.

The researchers played the recordings until the infants displayed the "cry face" - lowered brows, lip corners pulled to the side, mouth opening and raised cheeks. This is infants' most common facial expression of distress.

"When listening to the Turkish song, babies remained calm for an average duration of approximately nine minutes. For speech, it was roughly only half as long, regardless of whether it was baby-talk or not," Corbeil said.

Researchers then tested their findings by exposing a different set of infants to recordings of mothers singing songs in a familiar language (French), and found the same effect.

The research was published in the journal Infancy.