The first child born to a family is more likely to be clever than their brothers and sisters, a new study has suggested. 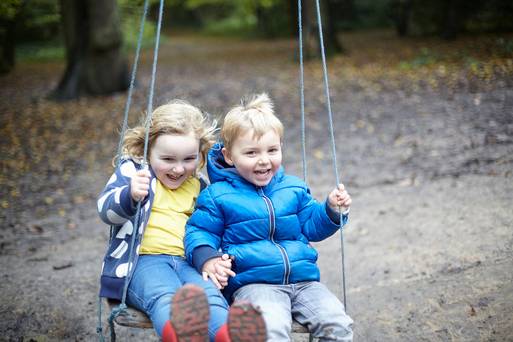 New research carried out in a German University found that the eldest child in a family has a higher IQ than their younger siblings due to the level of attention they are bestowed in their early years.

Scientists discovered that parents make a greater effort to encourage learning with their first child than they do when it comes to their second, third and fourth children.

The researchers found a difference of 1.5 IQ points between each sibling in a family after taking into account three national surveys which documented the IQ results of more than 20,000 people.

Lead researcher Dr Julia Rohrer said: “One theory is that following children “dilute” the resources of their parents.

“While the firstborn gets full parental attention, at least for some months or years, late-borns will have to share from the beginning.

“Another possible factor is described by the tutoring hypothesis: A firstborn can “tutor” their younger siblings, explaining to them how the world works and so on,” she said.

“Teaching other people has high cognitive demands – the children need to recall their own knowledge, structure it and think of a good way to explain it to younger siblings, which could provide a boost to intelligence for some firstborns.”

Meanwhile recent research found that older siblings are also more likely to be heavier than those younger than them.

The research, which involved the study of more than 13,400 pairs of sisters in Sweden, analysed the weight of women between 1991 and 2009.