When your child’s friends keep leaving 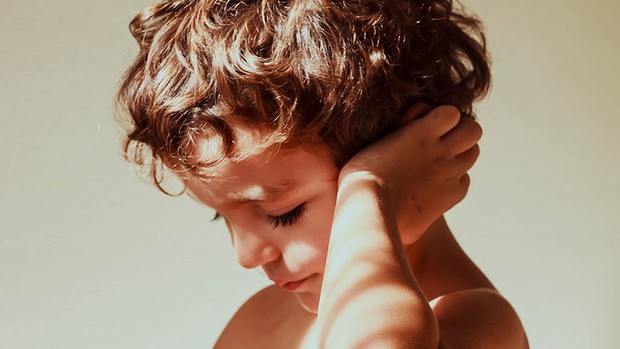 My youngest son Sam may well consider himself jinxed. In kindy, he gave away his heart for the first time to a bolshy but lovable young Scot. But on the second to last day of the school year his friend announced that his family was moving up North over the Christmas break. And wouldn’t be coming back. I saw my son's heart break before my eyes. Like me, he is slow to fall in love, and he does it rarely, but completely. Happy with his own company, he will occasionally meet a friend that he deems more interesting than flying solo and when he does he jumps in with both feet and commits fully.

The following year, after a teary Christmas break he entered preschool. It was again towards the end of the year that he formed that special bond (don’t get me wrong, he has mates and plays with someone every break time, he just doesn’t do the swan dive into best matedom all that frequently). His new bestie was blond and blue-eyed like himself, loved Trash Packs possibly more than even he did, and we discovered he and his dad frequented the same park we did on the weekend (huge bonus, his dad and my husband enjoyed each others company.) It was a few months in that James came to school and announced his family was also moving away. Permanently. To another country.

Last year, Sam tried again, this time it was a safer bet – a friend that had been at his school for years, but he had never been especially close to. Imagine his excitement when the class lists went up and they were in the same class again this year. Imagine his (and my) feeling of utter desolation when he arrived on day one to discover his bestie had been accepted into another school (it had been such a long shot we thought lightening couldn’t possibly strike again) and Sam was flying solo once more.

This has all come to pass in the last couple of days, and being a worrier by nature, I’m concerned about how my robust looking but soft-soul child is going to be impacted by all this in the long term – will he never form another close relationship again? Will he become promiscuous on the friendship front, spraying more bullets to avoid the heartbreak but missing out on potential deep bonds? And what can I do to minimise the impact? Cuddle him lots is an obvious choice, as is encouraging him to talk about his lost friends. His latest BFF still lives in the area, so at least we don’t have to invest in transatlantic travel to keep them in each others lives.

Given we are on round three, I decided it was time to ask a professional on how to handle it. Child psychologist Nicole Pierotti says children do go through a grief process and the feelings just be just as strong as if they have lost a loved one and we need to treat these losses the same way. “They may go through feelings of sadness, anger, frustration or asking why it had to happen, and to them,”says Pierotti.

She says the best way for a parent to respond to their child when they announce their friend is leaving is to put into words the emotion that you think your child is going through at that time. “It may be shock, or devastation, or sadness, but its important to find what the emotion is and just acknowledge it by saying something like, ‘Oh, you sound very upset that Rohan’s leaving’ –then pause and wait, as your child will then tell you more,” she says.  It’s common for parents to want to jump in with a whole bunch of questions like, ‘What did he say?’ ‘When is he going?’ or ‘Where are they going?’, but it’s more important to find out what they are feeling and acknowledge those feelings as normal and okay.

If your little one is mid meltdown Pierotti says it is no different to the normal grieving process and you need not be alarmed, just jump in with the comfort and the listening if they want it (sometimes they do like to be alone and this can be respected by reminding them you are in the next room if they want to talk.) Pierotti advises you avoid problem solving – saying as parents we want to jump right in and problem solve and offer solutions and suggestions; but what they need is a cuddle or space if they want to go to their room and cry. When they are ready to talk, talk about their feelings - “You are so upset that Rohans leaving” or “You seem upset that you won’t have him to play with next month.” As a parent, I found this one a little confronting at first, because it made him cry harder, but while his sadness in the moment is stronger, he also has the opportunity to move through it and feels like he’s not alone.

Another great idea is to get them to draw a picture of how they are feeling - art is a great way to express emotions even if its just angry scribbles. In terms of other practical ways of helping them cope with both the impending loss and in the aftermath is to work out a way with the other parent to say ‘goodbye’, such as having the friend over for a last play or sleep over while their parents are packing. Pierotti suggests helping him choose a little sentimental gift to give it to their friend along with a handmade card. Older children can email or write letters daily if they like, once their friend has moved, and younger children can send postcards. Be sure to take photos before their friend leaves!

It’ll come as no surprise that the expert take on telling them to stop crying is of course not to go there – also avoid dismissing their big feelings by saying, ‘It will be alright, you will find other friends’ – they do not want other friends in that moment. “Don’t be tempted to promise your child things that you know you can’t or may not be able to follow through on like, ‘We will go and visit him in the holidays’ and certainly don’t tell them to ‘Toughen up, be a big boy’ - their feelings are very real and very strong. Put them into words instead, help them to express them,” Pierotti reiterates.

And as for my worry about how all this upheaval will affect him in the long run? It comes down to resilience, and having him know he has a family that understands his feelings is a good step in the right direction. “Resilience is being able to cope with life. We are parents and parents worry, however you can only help your children to deal with sorrow not protect them from it or try and shut it out of their world. This becomes unrealistic and resilience is not learned. Reassure them and talk about friends and they will cope with their loss. Life has ups and downs and plans can change at a moments notice.”

On another note, we are catching up with his old mate this weekend, so perhaps this will not be such a bumpy ride after all.