“My son has OCD”… a mother shares her story

Far from being a quirky condition that means you like neatness, OCD is an anxiety disorder that affects one in every 100 children. Melanie Hearse talks about her experience and how she is helping her son overcome his OCD. 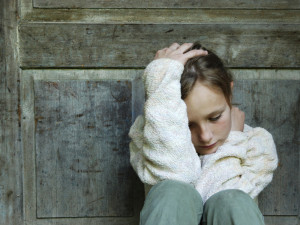 When I pick up my kids from school I can spot my eldest son from across the oval. He’s very tall, has a long mop of white blonde hair, and he stops to duck down and tap the ground every 20 or so steps.

The tapping is thankfully his only OCD, or obsessive compulsive disorder, tendency. There are several types of behaviours that are common, says psychologist Nicole Pierotti of Baby Smiles. Loosely grouped, Pierotti says OCD can take the following forms:

But why does it happen?

“All children have worries and doubts but sometimes it’s as if their brain gets stuck or caught, and they worry so much about having things ‘just right’, ‘clean’ or ‘ safe’ that they do a certain action, again and again, to bring relief to themselves,” explains Nicole, saying OCD is an anxiety related disorder.

Facts and figures-wise, about one in every 100 children develop OCD, and for most kids it develops between the ages of seven and 12.

Left without treatment, your child is likely to still have OCD as an adult, Nicole says. With therapy, and sometimes medication, the outlook is good, with between 15 to 50 percent fading out by the teenage years. But the good news is (and I’ve walked the walk), the treatment is very doable and while it is early days for us, we’ve seen real improvement.

Learn more about the condition

For me, knowledge has always been power, so I’ve read widely on the topic to pick up tips. “It’s important that you understand OCD so you can help your child,” says Nicole, suggesting you start with some reading about anxiety and OCD, for example Bev Aisbett’s Living With It. I personally found Helping Your Anxious Child is an excellent read for understanding anxiety in general, and has lots of practical exercises you can tackle together – it also helped me understand what is and is not age appropriate when talking to children about their anxieties.

Nicole recommends making an appointment with your GP, who can also refer you to a child psychologist that specialises in working with children and dealing with anxiety. When you talk to your GP, ask about a mental health care plan, which allows you to claim around half the cost back from Medicare for about six to 10 sessions, and seek a second opinion if your GP doesn’t take the matter seriously.

In our case, we’ve had five sessions with a psychologist, and it has been a really positive experience that our son also enjoys.

First up, Nicole says you can’t enable your child – allowing them to avoid stressful situations will strengthen their belief that the thing they fear is out of their capability.

This can be really hard as a parent, it’s our instinct to protect our babies. I have learnt the hard way, however, that allowing them to avoid the things they fear actually does them more harm, a realisation that has made it easier for me to do the right thing when the going gets tough.

Secondly, Nicole says you need to avoid telling them ‘it’s no big deal’ and to ‘just join in’, or ‘stop tapping’ or ‘stop checking’.  Instead, give it a name, and give the behaviour an explanation: “(You might say:) ‘You are tapping because you are feeling anxious, let’s talk about your plan and actions of how to cope with your anxiety.’ You can’t do it for them, so help them learn techniques that work for them to reduce stress,” says Nicole.

My son worked out very quickly that he has my sympathy when it comes to fears and anxieties, and while I believe it was mostly unconscious behaviour, he would sometimes use his fear to get out of things he wanted to avoid, and in doing so, strengthen those fears through habit. What actually made a difference to his anxieties, and OCD tapping, was to face them and start building his self esteem by proving to himself that he can handle things that make him apprehensive. And isn’t that something we all want our children to learn?

More information on OCD in children:

Have you had to help your child overcome anxiety? How did you do it?