Mum’s Need Time Away Too 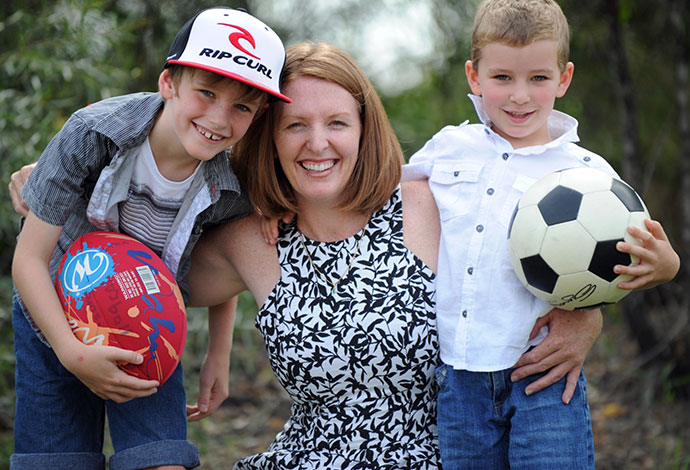 THE best Mother's Day gift you could give a mum on Sunday is some "time out".

Parenting experts agree most mums don't get enough me-time as they struggle to juggle the demands of work and family life.

Mums are lucky to get around 40 minutes a day to themselves, according to a study conducted last year by Galaxy Research.

Townsville family psychologist Barbara Anderson said that keeping the family running smoothly and attending to the needs of others meant lack of time was a common complaint among mothers.

"Generally women mostly report that they don't get the time they need to feel energised and fully satisfied with their life and that juggling work, home and family leaves little time for them," she said.

"Where men are able to compartmentalise their roles, women are more socialised into all these roles blending into one.

"They take care of sick children while working, while keeping touch with extended family and planning the evening meal and it's hard for mums to disentangle from this at times."

"Mums work hard and I know people are tired of the cliché but it is a 24/7 job and nobody except another mum gets just how mentally demanding it is," she said.

Mrs Anderson said while there were lots of valid reasons why mums struggle with putting aside the needs of others to find a little space for themselves, it was absolutely vital.

"I would encourage mums to think about what they need from others to help them find a little space and to be specific in expressing that need to those that care about them," she said.

"Also recognise that needs change and so me-time might also change as children get older and priorities change."

Mrs Pierotti agreed me-time for mum was essential for the wellbeing of the whole family.

"When explaining it to dads I say that without some time out, mum will continue for about five, six or seven years and then she will start to lose herself and who she is aside from being a mum," she said.

"Dads often say years later that this isn't the person I married but what has happened is that mums get tired - very tired and drained, both mentally and physically. Mums tend to get resentful and angry of the life dad has which is seen as just being able to walk out the door whenever they need without a strategic plan of what's needed, who can I get and so on, that mums do in order to leave the house."

Mrs Pierotti said parents should look at time out for mum as an investment in their future happiness.

"If, as a couple, you invest in this and make it a priority then you will reap the benefits and so too will your children," she said.

"Time out allows mums to recharge, calm, focus and come back to parenting with more patience, ideas, enthusiasm and determination to do better.

"Your future mental health may not seem important now while there are meals to be made, washing to be done, babies to be cared for but at the end, they will grow and you will be left with yourself, your husband and your health, mental and physical."

Townsville mother-of-two Belinda Lochhead said she struggled to find any time for herself.

She has recently returned to the workforce and works four nights a week at Brothers Leagues Club while trying to keep her online business, Rudies Sun Wear, going.

"I'm finding it impossible to find any me-time at all at the moment," she said.

"I get home at two in the morning, get three hours of sleep and then have to do the school run and then you're exhausted so you come home and have another sleep and do it all again.

"I'd kill for a holiday - you have no idea," she admitted with a laugh.

"Even a walk down The Strand once a week would be enough to recharge the batteries."