Tricky Kids – What to do 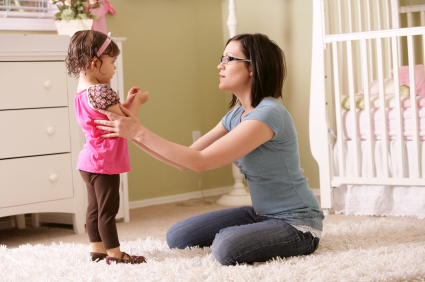 A dose of love can curb feisty children who thrive on drama.

I spoke to a mother recently who was struggling to parent her 8-year-old. After telling me what he was doing and where they were at as a family, which was ‘desperation’, she added the comment: “he’s fine when he gets his own way. When he doesn’t it’s on”. This resonated with me and immediately I knew she was dealing with a ‘tricky kid’. These kids are not easy to parent and, at times, it’s certainly difficult.

Andrew Fuller is a psychologist who has written a book aptly called Tricky Kids – a fantastic read for struggling parents (great for teachers too). Andrew was once himself a tricky kid and says that basically there are two types of kids: the loveable, likeable, friendly and compliant kids and the fiery, feisty ones with a mind of their own. If you have a compliant child parenting is easy and just flows, however with tricky kids it’s a whole different matter. As a parent of a tricky kid you need to learn how to manage their style or else it will exhaust, stress and make you doubt yourself.

Sound familiar? Tricky kids love intensity and are very, very talented at creating drama. It’s not that they are bad kids, it’s just that they have a particular method of interacting – being difficult – and use it again and again. A parent of a tricky kid needs to get them to change this way of interacting or their family will live in torment for years. And no, they will not grow out of their wilful personalities.

On a positive note – tricky kids have been found to be great leaders. They will apply their same determinedness, wilfulness, argumentativeness and stubbornness in the future to change the world. You just have to survive them first. Think of some of the great leaders’ names in history – Alexander the Great, Joan of Arc and Queen Victoria to name a few.

Here are Fuller’s tips for parenting such kids:

Bottom line: don’t give on up on these kids. Parenting them is certainly difficult, however once you know how to sidestep them and the drama and let them know you do love them, change will flow.