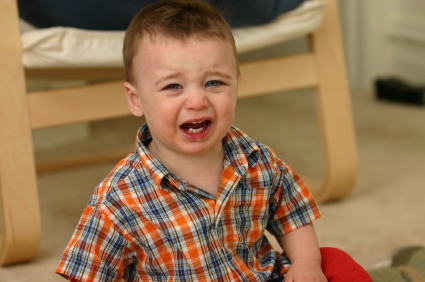 Parent Question:  My 2 year old has a few tantrums each day, about any little thing. I have tried ignoring her, tried talking her through it, but nothing seems to help. I rarely go out to the shops with her because I know she'll have a monster tantrum for all to see. How do you think a parent should manage tantrums?

At the age of 2 it is a common behaviour to throw tantrums as such.  My first question to you would be is she getting enough sleep?  Enough for her age is 12 solid hours at night uninterrupted and a day sleep in the middle of the day at least one and half hours in duration.  If not, I would solve this problem first and you will find that his behaviour will vastly change.

If you have this on track then I would go straight into using a behaviour strategy.  At the age of two, you have two great ones to choose from.  Firstly I would become an expert at ‘planned ignoring’.  This is an actual behavioural strategy and one that has enormous influence.  For a tantrum this simply is to step over your 2 year old and pretend that you cannot see or hear the tantrum in progress.  When the tantrum has stopped is the time to ask your two year old if she’d like a cold drink and essentially move on past the tantrum, no reasoning, no moral explanations, no ‘say sorry’, just move on and pretend it never happened.

This is important for a number of reasons however to summarize, firstly because, you are not interested in that type of behaviour and sending a very clear message that when you are calm and speaking or requesting in a calm manner I will listen and do what I can. Secondly, that this is not how we treat other people, thirdly that if you stop, listen and negotiate, her brain thinks that you are noticing and therefore I will do this again to get you to notice and this certainly is not a behaviour you want to encourage rather one you want to discourage. You want to encourage, coping when tired, speaking in a civil voice and requesting things in a normal manner not whining or demanding.

Once you get the hang of using this ‘planned ignoring’ then it is time to praise and notice when she is doing the opposite of when she would usually fall to pieces.  Praise her for asking in a nice voice, coping when tired etc.  This will teach her that this behaviour is preferred and thus she can be tired but still talk reasonably.

Then your next step is to really practice in places where there are not lots of people and you don’t feel under pressure to perform.  Certainly avoid taking her out in the second half of the day when she is tired and choose the mornings when she is fresh and at her best.  Start with parks rather than shopping centers and learn how to deal with these tantrums by ignoring minor behaviours.

For more major behaviours I recommend the 1,2,3 magic strategy which can be used from 2 years onwards.  This is brilliant, but needs to be applied just as recommended, I have seen some poor attempts at using this strategy and it only gets defiance from children instead of compliance. When used properly it is easy and powerful, also check out their website for extra tips and strategies.