No, that’s not teething

If you blame everything from feeding hassles to night-waking on your baby’s teething, then think again. The experts say most of the things that teething is commonly blamed for have nothing to do with the eruption of teeth. 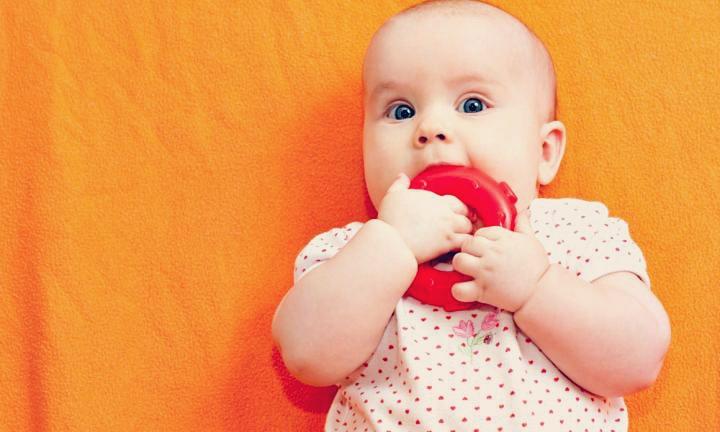 “Teething” seems to be this all-encompassing condition that is the cause of every infant ailment from being a bit cranky to having a nasty nappy rash or even a fever. But can the emergence of your bub’s first pearly whites really be the cause of so much distress and sickness? Perhaps it’s no surprise that it gets such a bad wrap, since people have been blaming it for illness in babies for a very long time: way back in 1839, the Registrar General of England reported 5016 infant deaths were due to teething.

However, despite the enduring myth, as every expert will wearily recite, the main outcome of teething is teeth. Most of the other symptoms written off as part of teething will actually be caused by something completely different and, with the more serious symptoms like fevers or diarrhoea, these should be investigated.

So do sharp little teeth erupting through virgin baby gums actually cause any problems at all for our bubs?

What the research about teething says

Experts have been trying to get the message across to parents about the real symptoms of teething for some time – and it may well need a cultural shift for mums and dads to stop blaming their littlies’ disruptive or irritable behaviour on getting teeth.

Way back in 1997, a study found that out of 50 babies hospitalised for symptoms attributed to teething, 48 had an “organic cause of illness”.

While the researchers claimed it could cause a slight rise in temperature, disturbed sleep and feeding, irritability, swollen tender gums and dribbling, teething did not bring on:

These, they said, may require medical attention.

A Royal Children’s Hospital (RCH), Melbourne study found that tooth eruption does not actually cause any of the common symptoms reported by parents and childcare workers.

The findings suggested that young children do drool, get grumpy and can sleep poorly around the time their teeth are coming through but that these aren’t actually related to teething. Instead these symptoms were seen to be just “more common” at these ages, and that getting teeth was a coincidence.

Night Waking – Self Settling for a Baby who is Standing