Published on December 10, 2013 by Art Markman, Ph.D. in Ulterior Motives 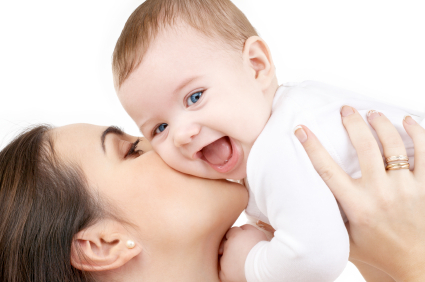 They had 19-month-old infants wear an audio recorder for at least one full day. Many infants wore the recorder for several days, and the longest recording day was selected.

Both when the infants were 19-months-old and again when they were 24-months-old, the researchers measured their efficiency at understanding speech. In these tests, the infants were seated in front of a screen. They saw pairs of pictures displaying common objects (like a dog or a ball). They heard the Spanish word for one of those pictures spoken and the researchers measured how much the infant looked at the picture corresponding to the spoken word as well as how quickly the infant looked at that picture after the word was spoken. In addition, at 24 months, the parents used a checklist to estimate the size of their child’s vocabulary.

Within this sample, there was a huge difference in the number of words that the infants heard.  Some infants heard fewer than 2000 words in a day, while some heard over 15,000. In addition, there were big differences in child-directed speech. Some families spoke fewer than 1000 words to their children in a day, while others spoke over 10,000 words to their children.

The number of words spoken to children at 19 months was a significant predictor of the child’s vocabulary at 24 months.  In addition, the number of words spoken to children predicted how quickly and effectively children looked at the picture associated with a word they heard.  Statistical analysis demonstrated that the ease of identifying the words in speech was an important reason why infants who heard more words had a larger vocabulary at 24-months than infants who heard fewer words.

This early language experience compounds itself over time. Not only do infants who hear lots of words understand language better than those who hear fewer words, they are also more likely to start vocalizing and speaking words earlier. When children talk more, adults talk back to them more often. So, the early advantage in language ability gets bigger over time.

This research demonstrates the importance of a rich environment for infants. Infant brains are developing rapidly, and that brain development is strongly influenced by what is going on around them. The more that these infants are embedded in a complex language environment, the more that their language abilities develop. And that early development gives them a huge advantage as they start school.